The 2012 Forbes Magazine 30 Under 30 and "Personal Branding Guru",Dan Schawbel, parts with his enlightening wisdom in this gem of a guest post. 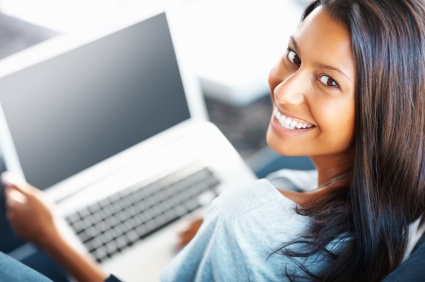 1. Millennials will rise up. Despite all the reports of the poor economy and the high unemployment rate for Gen Y, they will start to get jobs again. They will become nearly 30% of the American workforce next year and that number will increase substantially in the next five to ten years. As millennials enter and boomers retire, new life will be breathed into corporations and policies will change rapidly.

2. Working from home becomes mainstream. We’ve heard some companies trusting their employees enough to let them work from home. In 2013, companies will realize the cost savings and the productivity increase and give their employees more flexibility. While in years past flexibility programs were viewed as a perk, they will become more standardized and expected. One of the best examples is Aetna. 47% of their 35,000 employees work from home and they have saved an estimated 15% to 25% on real estate costs at an annual savings of about $80 million.

3. Emphasis on employee engagement. Employers are still having major retention problems and it’s costing them a fortune. In 2013, they will focus more on employee engagement to increase their retention rates. An October survey by MSW Research and Dale Carnegie Training found only a mere 29% of employees are fully engaged. One example is when MGM  Resorts put on an entire show for their employees this month.

4. More boomers retire. The shift in workplace demographics is finally upon us. Boomers will start to leave the workplace and retire next year and it’s about time. This will free up positions for Gen X and Gen Y to take leadership roles. The question is which generation will seize their roles? My research next year may give you an answer to that question.

5. Intrapreneurship is embraced. Companies are starting to understand how entrepreneurial Gen Y is and in order to compete with startups, intrapreneurship programs will take off. Aside from EY, PwC, DreamWorks, Microsoft, Google and Facebook, LinkedIn has now created their own program called “[in]cubator.” Employees with an idea can organize a team and pitch their project to executive staff once a quarter.

6. Freelance nation booms. We keep hearing about the surplus of freelancers out there and it’s just the beginning. Next year, there will be millions more freelancers, replacing full-time workers. Companies will hire experts to solve problems instead of full-time employees and save on benefit packages. This is due to the economy and how corporations operate now. One third of American workers are freelancers, reports NBC News.

7. The skills gap shrinks. As of this year, there are over 12 million people who are unemployed and 3.6 million open positions, reports the Bureau of Labor Statistics. American Manufacturers have 600,000 unfilled positions and 34% of companies say they are having trouble filling open positions. I see this skills gap shrinking as new talent enters the workforce, companies work with schools to train the next generation workforce and people realize that they need new skills in order to get jobs.

8. Internal hiring takes off. It costs companies 1.7x as much to hire an external candidate. The top reason why millennials leave companies is lack of career opportunities. My research shows that companies are starting to give opportunities to their employees over anyone else. This also means that job seekers will suffer. Internal hiring is good for employee morale, saves them money and is quicker (weeks versus months).

9. Employees become social advocates. Companies will start to leverage their talent in order to recruit and market. They will finally realize that they can just use their employees to get the word out instead of wasting money on advertising. Companies will become publishers and in some capacity compete with the likes of magazines and newspapers. IBM, for instance, has 32,000 employee blogs that touch on every area of their business.

10. Women start to outpace men at work. One billion women will enter the workplace in the next decade. Research shows that they are more educated than men and many are saying that they will start taking leadership positions away from them. Sheryl Sandberg and Marissa Mayer are just the beginning. Look for more females to break into top roles next year and beyond.

About the Author: Dan Schawbel, recognized as a “personal branding guru” by The New York Times, is the Managing Partner of Millennial Branding, a Gen Y research and consulting firm. He is the author of the #1 international bestselling book, Me 2.0: 4 Steps to Building Your Future, now in 13 languages. His second book,Promote Yourself: The New Art of Getting Ahead, will be released in 2013 by St. Martin’s Press. Dan is a columnist at both TIME and FORBES, and has been featured in over 1,000 media outlets. Dan was named to the Inc. Magazine 30 Under 30 List in 2010, the Forbes Magazine 30 Under 30 List in 2012, and BusinessWeek cites him as someone entrepreneurs should follow on Twitter.
Question: Which trend are you most prepared to prosper from? Which trend are you dreading never comes?