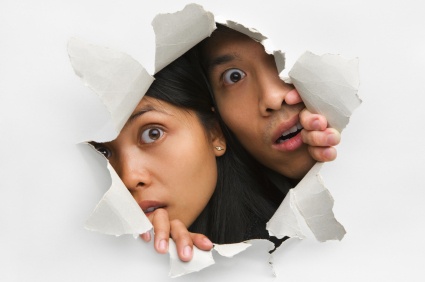 Myth #1: Millennials are selfish.
Amazingly, Gen Y is more engaged in community service work than older generations, according the Twenge’s Gen Me v We study. The record turnout of youth in the 2012 election is not an anomaly - the Millennial generation is a civic-minded one!
Myth #2: Millennials are lazy.
It’s not all Facebook checking and living with their parents! The truth is, Millennials are the most productive generation, and they’re much more active than any other generation. And perhaps they’re still fueled by youth optimism and their hope to make an impact in the world.
Myth #3: Millennials want to change everything.
This is a commonly belief held by senior managers in today’s companies - ‘What's all this about Twitter?! Things were just fine the way they were!” The majority of Generation Y wants to learn from older leaders and have an opportunity to contribute to your organization. They want their ideas to be heard and they want to be judged by the same standard as their older colleagues. This generation is comfortable with asking why and pushing the status quo.
Myth #4: Millennials aren’t interested in their work.
While Gen Y is interested in their work, they’re not motivated by boring work. But who among us is? Gen Yers emphasize their desire to do meaningful, energizing work.

What does that mean? Generally, lower-level employees are less motivated than higher level employees. Most Gen Yers understand that an entry level job isn’t going to be all fascinating, all the time. But a reasonable portion of a job should be engaging, or why not find a new job?

Myth #5: Millennials are entitled.
Gen Yers are devoted to to finding a job they love rather than settling into a stable, if uninspiring, job for 40 years. What a novel concept! Loving your job! Obviously, there’s a big difference between entitlement and choosing to not to be miserable. Call it idealistic or call it hopeful - you choose.
About the Author: Erica Dhawan is a globally recognized leadership expert and keynote speaker teaching business leaders and companies specific strategies to unleash potential and performance of their teams, focusing on team alignment, multi-generational engagement, women's leadership and innovation. Subscribe to her updates through her FREE Generational Alchemy Library and on Facebook and Twitter.

Question: What other myths might be holding you back from leveraging the next generation?