This Is Why Generation Z Will Skip College

Parenting, costs, and the gig economy are some of the factors impacting Generation Z's decision to attend college. 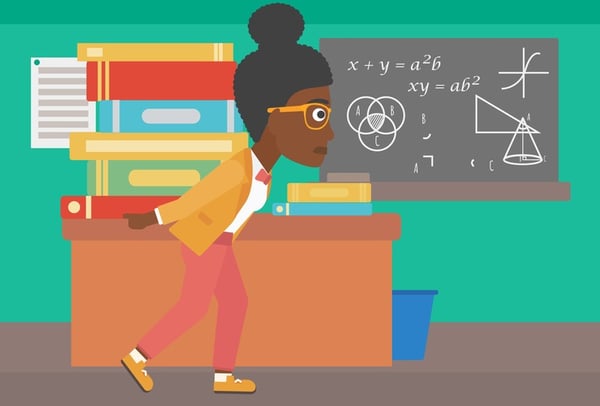 Will Generation Z finally disrupt the traditional path from college to career?

Larry Summers, the economist who served for five years as president of Harvard University, had this to say about the stagnation of education:

The main thing to say is that, for something that's all about ideas and for something that's all about young people, the pace of innovation in higher education is stunningly slow. We're still on a system where the break is in the summer. The reason we're on that system is that when everybody went to pick the plants, that was the natural way to organize school, and it's still going that way.

The relevance of higher education has been debated for years, but the emergence of Generation Z at a time when information is readily available 24/7 at the swipe of a finger makes the debate red hot.

Education might be changing, but it's not changing fast enough to remain relevant and desired by Generation Z.

Generation Z has had a front-row seat to watch Millennials start their careers with their shoelaces tied because of student debt.

Since 1978, the cost of four-year public education increased 151.1 percent while the median family income only increased 20.2 percent. Since 2004, there has been a 74 percent increase in average student debt.

Considering these staggering numbers, it's no surprise that 67 percent of Generation Zindicate their top concern is being able to afford college and one in five Generation Z say debt should be avoided at all costs. Thus they will be exploring education alternatives.

Seventy-five percent of Generation Z say there are other ways of getting a good education than going to college. (Read this for a list of compelling education alternatives.)

The global life expectancy of humans has extended from 31 in 1900 to 71 in 2015. As medicine and technology continue to advance, humans will live longer. In fact, the first person to live to 150 has likely already been born.

And Dell Technologies predicts that 85 percent of the jobs that will exist in 2030 haven't even been invented yet. How can the slow-evolving institutions that Summers refers to effectively prepare Generation Z?

The question Generation Z is left asking is: How will a four-year degree sustain me for my 100+ year career in a high-flux world? Generation Z will have to be committed to continuous learning and will look to their future employers to deliver the just-in-time learning they need and crave.

Generation Z is seriously considering forgoing a traditional college education to go work for a company that provides college-like training. And companies are preparing to pivot.

Jenn Prevoznik, the Global Head of Early Talent Acquisition at SAP, recently shared in an interview I had with her, that she is "all for" Generation Z skipping college to come work for SAP because what really matters are their skills not necessarily their degree. In Germany and Bangalore, SAP brings university education to their employees. On the weekends, professors come to SAP buildings and teach full-time employees. (Read this to learn how SAP plans to recruit 7,000 Generation Z employees.)

"On college campuses, something unusual is happening: [Generation Z] students are asking corporate recruiters whether companies will help them get new skills as jobs shift," says James Manyika, Chairman and Director of the McKinsey Global Institute. With Generation Z in mind, companies like AT&T and Walmart are making job retraining a high priority. (Read this to learn how to effectively train the next generation in the workplace.)

Baby Boomers viewed education as a dream, Generation X as a differentiator, Millennials as a cultural norm, and Generation Z as for law and medical students only. Because Baby Boomers held education in such a high regard, they instilled the belief and need to attend college into their Millennial children.

Many argue that the only reason college remains relevant today is due to societal and peer pressure. In the minds of many Baby Boomers and Generation X parents, you failed as a parent if your child didn't go to college.

The priority is different for Millennial parents. Only 39 percent of Millennials believe a college degree "lead[s] to a good job and higher lifetime earnings."

Millennials faith in college degrees seems to be wavering and it will come through in their parenting. I'm experiencing it myself as a Millennial parent of two kids under three-years-old. I have zero expectation for them to go to college. I am still saving for "education" but that could be spent in a multitude of ways. In talking with many of my Millennial peers, I am not alone in this thinking and planning.

Growing up in a gig economy has altered how Generation Z views employment and the education required to begin working.