Here are four major influences that are shaping Generation Z and will impact the future workforce. 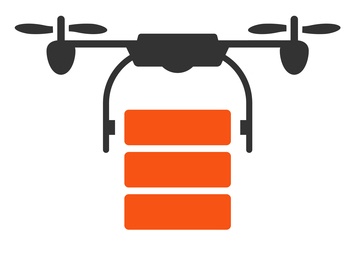 You can learn a lot about a generation by looking at the generation of parents that raised them. Generation Z is parented by Generation X. Generation X grew up as "latchkey kids," where they exercised independence, a survival mentality, and skepticism towards leaders and institutions that they witnessed rise and fall during their youth. Many of these childhood themes have influenced their parenting.

In order to not duplicate the "latchkey kid" challenges of their childhood, Generation X is more involved with their Generation Z kids. Generation X aren't helicopter parents but rather are drone parents, tracking and monitoring from a distance. They are less likely to rescue their children like helicopter parents, instead Generation X has taught their Generation Z kids to take their career into their own hands, that there are clear winners and losers (everyone does not get a trophy), and to be realistic about how much hard work is necessary to be successful.

According to Ypulse, 62 percent of Generation Z doesn't remember a time before the Great Recession. For most of Generation Z, the only memories they have during their formative years consists of companies collapsing, industries shrinking, and people losing jobs.

Because the median net worth of Generation Z's parents fell by nearly 45 percent during the Great Recession, Generation Z needed little convincing that it was a tough world and that they would have to work hard. Today, 77 percent of Generation Z expect to work harder than previous generations.

According to Pew Research, only 14 percent of U.S. adults had access to the Internet in 1995. By 2014 that number was 87 percent. Generation Z grew up during the most accelerated and game-changing periods of technological advancements in human history. More than technology, it's the connection to networks of people and information that has changed everything for Generation Z.

YouTube, Kickstarter, and LinkedIn inspired and equipped Generation Z to learn anything, try something, and be someone. Generation Z are contributors, doers, and hackers of work and life. Mobile technology and ubiquitous connectivity have empowered them to have a voice, to streamline and systemize tasks, and to simplify complex problems because to them there has always been..."an app for that."

Because Millennials have been the most highly scrutinized generation of all time, Generation Z is hyper-aware of the strengths they should emulate (seek meaningful work, be entrepreneurial, or commit to continuous learning) and the pitfalls they should avoid(social media superficiality, lack of interpersonal and communication skills, entitlement, or lack of work ethic).

One of the most glaring shortcomings of Millennials is their debt. Millennials' crushing student loan debt has Generation Z seriously considering education alternatives. In fact, 69 percent of Generation Z is concerned about paying back student loans. Mission U, a one-year college alternative where there is no upfront costs and students pay back 15% of their income for the first three years once they graduate and earn at least $50,000, could be exactly what Generation Z needs when it comes to education.