6 SECRET INGREDIENTS TO MAKE YOUR NEXT VIDEO GO VIRAL

What makes a video go viral? Luck? Chance? Timing? Wardrobe malfunctions? Maybe sometimes but I believe there is a greater level of science behind many viral hits. Perhaps you can leverage these viral techniques to turn your marketing or communications into a next generation catalyst. 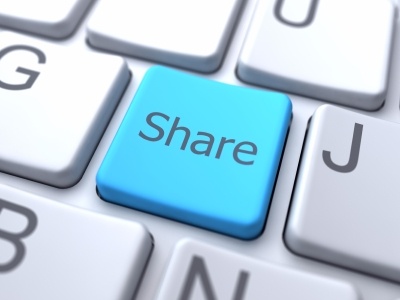 The biggest music video launch the web has ever seen occurred this past April the 13th when Psy (artist behind Gangnam Syle) released his new song "Gentlemen". It shattered YouTube records with 38 million views in 24 hours. Wowza! I'm surprised the Internet didn't straight-up break.
A video's virality (not a word but go with it) is ultimately determined by the number of shares. And what do ya know...the viral secret was right in front of us this whole time. SHARES is the secret formula to viral victory.
Viral = S.H.A.R.E.S.
Succinct: Short and concise videos are easier to view and share. Tools like Vine (Twitter's video app that enables 6 second clips) are forcing us to be more concise with our video content. The Harlem Shake blew up because it was easy to view numerous videos of the 30 second madness.
Example: Harlem Shake v3 (office edition) - 30,900,000 YouTube views
Fun Fact: Only days after the original debut, there were over 12,000 editions uploaded and viewed over 44 million times!
Humor: Humor is a universal language that can transcend culture and age. Leverage laughs whenever you can. Oddly, humans find other people's pain or discomfort humorous (e.g. groin shots, Grape Lady Falls, and of course Charlie)
Example: Charlie bit my finger - 523,300,000 YouTube views
Fun Fact: This pop culture phenomenon all started when a dad wanted to share a video with the boy's godfather in Colorado.
Abnormal: Ever since you were young during the "show and tell days" at school, you've wanted to share things that were unique and interesting that no one (hopefully) has ever seen before. Nothing has changed since then. People view and share unique and interesting videos.
Example: Somebody That I Used to Know - Walk Off The Earth (Gotye Cover) - 149,500,000 YouTube views
Fun Fact: It took 30 takes for this Canadian indie band to pull off this video that eventually landed them a record deal.
Repetition: Use routine cultural triggers to inadvertently remind people of your video or content. Arguably the worst song of all time, Rebecca Black's Friday, has traffic that spikes every seven days on Friday. The day of the week becomes a prevalent trigger for people to remember the video and pass it on.
Example: Friday - Rebecca Black - Official Music Video - 51,900,000 YouTube views
Fun Fact: "Rebecca Black" was the world's #1 Google search in 2011.
Epic: When you experience a "WOW!" moment, our natural tendency is to share it. Same goes with an epic event, human feat or discovery. Make it epic and people will share it in an effort to make themselves look in the know.
Example: Felix Baumgartner's supersonic free fall from 128k' - Mission Highlights - 33,700,000 views
Fun Fact: This event set an Internet video record with 7.1 million people who tuned in live to watch the jump on YouTube.
Sensation: Evoke activator emotions like anger, happiness or excitement to increase the chances of viewers sharing the content. Try to avoid deactivator emotions like sadness or contentment since that makes people turn inward and decline to share. The Kony 2012 video activated a lot of anger and controversy which caused people to share again and again.
Example: Kony 2012 - 97,300,000 YouTube views

Fun Fact: This video only took 6 days to get to 100 million views (includes views from the original Vimeo version). Charlie Bit My Finger took 402 days to reach 100 million views.
I hope this provides a helpful framework for creating your own viral hit or at least provides a filter to better understand what makes content share-able in these digital times.
Question: What viral elements may be missing from the above?