In an effort to keep my tribe up to date of emerging trends, the 2012 Year On Twitter is a comprehensive list of the big things that happened last year in the world of Twitter. The data tells a story…how does it speak to you? 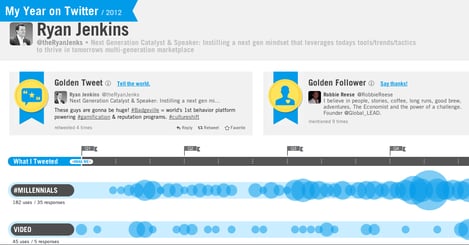 What I found interesting...
The burden of being a next generation catalyst is relentless learning, reflection and asking why. Using today's aggregated tools of what's on the world's mind will give you a leg up.
#TweetOn
Question: What trend jumped out at you the most…and why?