A mind, once stretched by a new idea, never regains its original dimensions.
~Oliver Wendall Holmes 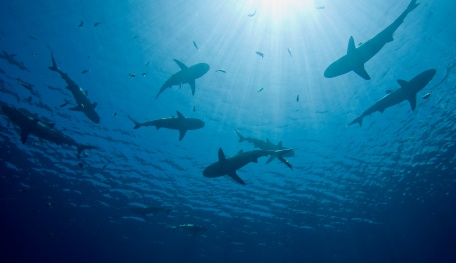 I love me some Shark Tank!  According to an angel investor friend, it's the real deal (literally and figuratively)! For those who have not see it, it's a reality show where entrepreneurs pitch there businesses (from BBQ sauce to clothing brands to high tech websites) to 5 uber wealthy and proven investors, including the infamous Mark Cuban, to gain their investment.
I gained an interesting perspective from an episode a few months back. Phil Dumas, the founder of UniKey Technologies, was pitching his patented "hands free" Passive Keyless Entry system. Basically a lock that requires only a touch of the finger if your mobile device is in close proximity--in your pocket or purse--to the lock. No keys needed!
This amazing product will also allow you to send "virtual keys" to your friends, family, maid or your ole college buddy named Dupree who needs to crash on your couch for a few months. But not only will it allow you to send the virtual key but you can put a time limit on the use of the key to ensure optimal security.
Here was the magical moment:
After Phil was done pitching, the sharks began a feeding frenzy wanting a bite of his business. Especially Barbara Corcoran who had this to say: "You have successfully made me hate my keys. Now that I know the technology exists and I have witnessed what is possible…I am going to be frustrated every time I pull out my keys." Barbara's existing perspective about keys and locks had been shattered and forever changed!
Once your current realities are rocked with the truth or a glimpse of what could be…you have 2 options.
1) Choose to lie to yourself and act like nothing changed and get left behind by those embracing the change
OR
2) Act on the new reality and embrace the change.
Ever seen the movie The Matrix? Which pill will you take?
To be a next generation success, we must constantly embrace an agile mindset that allows us to seek, accept, then embrace change.
It's my sincere hope that once you gain a true glimpse of the unique talents of the Millennials and the game-changing trends of the marketplace, you'll become annoyed--just like Shark Tank's Barbara developed a new found annoyance for her traditional keys--with the lack of Millennial leverage or the cross-generational mis-communications that are eroding your teams or marketing efforts.
I hope this blog will serve as your UniKey reality rock and will prove to be your catalyst to gain the next generation edge to thrive in the new era.
Question: What's the greatest perspective shift you've experienced in the last year and how have you adapted?