These two factors are shaping Generation Z in unprecedented ways and may usher in a new era of generations. 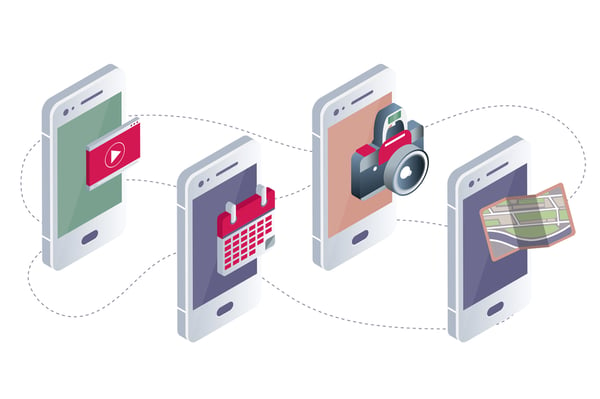 In the past, generations were defined by a single step in the line of descent from an ancestor which typically spanned 15-20 years. Today, generations are formed by significant events, innovations, or culture shifts during the moldable years of an age cohort.

While not an exact science, generations provide helpful clues when it comes to recruiting, managing, or marketing.

Generations are clues, not absolutes.

Because of how disruptive technology has become and how fast the world is changing, generational spans are likely to shrink to five to ten years.

This explains the growing popularity behind the term "Xennials," the micro-generation of people on the cusp of Generation X and Millennials, that are described as having had an analog childhood and a digital adulthood. In addition, many believe--myself included--that Millennials (born between 1981-1997) could be split into two generations making their generational span eight years.

Technology is playing an increasingly pivotal role in shaping generations.

A generation who came of age during the superabundance of smartphones is likely to have different preferences and tendencies than someone who comes of age ten years later during the proliferation of artificial intelligence and blockchain.

Soon organizations will be faced with hiring, working, and leading across a greater number of different generations than ever seen before.

Generation Z will be the first glimpse into this new era of generations.

2 Things Causing Generation Z to Be so Different

In the not too distant past, generations were only exposed to what happened in their small tribes or communities. The weather, landscapes, sources of food (rivers, vegetation, etc.), and the modest number of family and friends within the tribe were the only things influencing human behavior.

Today, something can happen halfway across the world and current generations are exposed to it instantly. Smartphones and endless news feeds expose people to significant events, ideas, and innovations at a frequency never before experienced.

The 44 percent of the world's population who are active on social media or the 35 million songs on Spotify or the over 540,000 podcasts or the 65 billion daily WhatsApp messages or the 948 million hours of streamed content on Twitch (in January 2019 alone) can now influence Generation Z's values, expectations, and behaviors.

Technology and the Internet have made the entire world accessible. Access to information, people, opportunities, capital, tools, etc. is abundant and changing how Generation Z works, learns, travels, buys, communicates, and more.

Abundant access shaped Millennials and is shaping Generation Z as they continue to come of age. Read this to learn more.

Examples of How Different Generation Z Behaviors Are

Here's how increased influences and abundant access is changing the preferences and behaviors of Generation Z.

As truncated and diverse new generations begin rising every five to ten years (instead of every 15-20 years) and begin to exhibit new behaviors, older generations will assimilate those behaviors faster than ever before.

For example, online chat, texting, social media, and emojis were first adopted by younger generations and are now society mainstays across generations.

Moving forward, these bottom-up generational behavior shifts will accelerate the pace of change across every generation.