This Band Is a Reflection of the Future Workforce

How Superorganism formed, creates, and distributes their music is a masterclass in understanding Generation Z and the future of work. 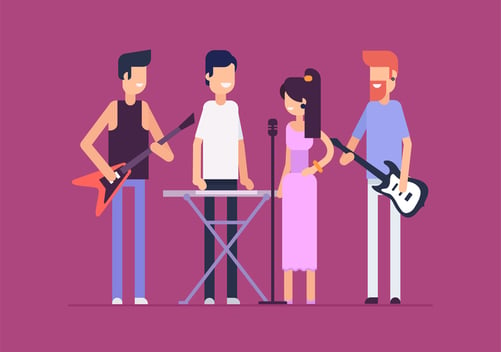 The internet is where Superorganism met, it's how they work, and it facilitates what they do.

Formed in early 2017 and now based in London, Superorganism, is an eight-member English indie pop band. Their electronically-tinged, meme-infused music is a perfect fit for the internet age. The angst behind the lyrics and deadpan delivery of Superorganism's lead vocalist, Orono Noguchi (an 18-year-old Generation Zer), also fuels the connection with the emerging generation.

Hits like "Everybody Wants to Be Famous" and "Something for Your M.I.N.D." have reached over 10 million people on YouTube and landed them on BBC's Sound of 2018 list. They were also featured on the soundtrack of FIFA 18, Legion, and The Lego Movie 2: The Second Part.

How Superorganism formed, creates, and distributes their music is a masterclass in all things Gen Z, providing a glimpse into the future of work.

9 Ways Superorganism Is a Reflection of the Future Workforce

The self-proclaimed "music nerds" of Superorganism met online in various music forums and bonded over their shared interest in internet memes.

Noguchi discovered her future bandmates via YouTube, befriended them on Facebook, and eventually met some of them in Japan when they were touring with their former group, The Eversons.

Superorganism started as a casual recording project with members collaborating remotely from different countries, such as the United Kingdom, the United States, New Zealand, and Australia. Some band members even join media interviews remotely. (Watch this as an example.)

Noguchi singing ability was discovered on SoundCloud, where she had been regularly posting herself singing cover songs.

The band had their first hit before they ever met. Noguchi recorded the lyrics to their debut single in 30 minutes via her MacBook Air while in Maine USA. They are entirely a do-it-yourself bedroom band. Similarly, Gen Z superstar, Billie Eilish, writes and records songs in her bedroom and is now the first album chart-topping music artist born this Millennium.

As of late 2017, seven out of the eight band members live together in a large house in London. The house doubles as a studio where everyone is involved in the writing and production process of the music.

When asked about attending college, Noguchi said "[Forming Superorganism] was a really big decision but you don't get to decide when opportunities come. So I'll do this, and I can go to college any time I want."

Many of Superorganism members prefer to adopt mysterious personas rather than reveal too much personal information.