How to Create Psychological Safety Among a Team 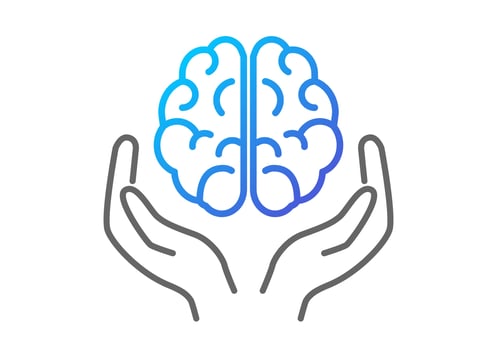 Teams can be lonely places.

People can feel vulnerable and exposed if they believe their teammates don’t support their ideas or appreciate their work. These interpersonal struggles intensify for remote workers who lack the support of a nodding ally across the table.

Amid the increased importance of workplace equality and allyship and the growing loneliness and isolation among virtual teams, it’s never been more critical that leaders create psychological safety among their teams.

Workers who feel that they can freely raise concerns, questions, and ideas without repercussion are benefiting from psychological safety. Psychological safety pays off in increased creativity, trust, and productivity among a team and is the single most important quality that determines a team’s success.

Here are six ways leaders can create psychological safety for their teams.

Active listening is a hallmark trait of psychological safety. Too often leaders selectively listen for information that reinforces their view or strengthens their argument. Instead, listen to understand from where they are speaking and why they have the opinion they have.

Teams where a manager spoke 80 percent of the time or more were less successful than teams who practice turn-taking during discussions. Psychological safety exists when team members feel they have the opportunity to speak in roughly equal proportions to their peers.

Conducting proportional conversations can occur throughout a week or month by making sure every team member has equal opportunity to have their voice heard or during a meeting by creating space for each individual to speak their mind.

Here are some ideas for conducting proportional conversation during meetings.


When leaders share their thoughts about a topic and then ask for the team’s opinion, it’s too late. By speaking first, leaders undermine the dialogue and thwart creativity because the team will be less likely to volunteer any ideas that conflict with the leaders.

The skill of holding your opinion to yourself until everyone has spoken provides leaders with the authentic and unbiased thoughts of the team and it provides team members with the feeling that they are heard and valued contributors.

When leaders invite others into helping identify blind spots, it’s an admission to not having all the answers. This bolsters psychological safety. Anonymous polling during in-person or virtual meetings can help draw out more diverse views since the fear of being singled out is removed.

Instead of blaming or expressing frustration when a team member brings up a problem, instead be appreciative of their insight and dedication to solving the problem. High-performing teams deliver five times as many positive statements (supportive, appreciative, encouraging) to every one negative statement (critical, disapproving, contradictory).

There are three ways leaders can handle problems. Working with the team member to identify how the problem is to be handled can create psychological safety.

Humans have an innate desire for their contributions to be valued by the community. For centuries humans have found safety in numbers. Contributions that add value to a tribe or team safeguard the contributor from being excluded and vulnerable

Help team members feel safe knowing their contribution at work is valued. One way to do this is by helping team members identify the beneficiaries of their labor. When workers can connect the work they do to the person who benefits from their labor, not only has performance been proven to increase but more purpose is found in the work. For example, scholarship fundraisers felt more motivated to secure donations when they had contact with scholarship recipients.

7. Switch Video On and Off

Seeing people’s faces during a video call can create engagement and provide helpful visual cues and non-verbal agreement. However, low bandwidth can cause delays resulting in miscommunication, too much visual stimuli can be distracting, and self-consciousness can increase when people are able to see themselves which all inhibits psychological safety. At times, an audio-only option could be a more effective option.

According to a recent study, voice-only communication enhanced emphatic accuracy. When visual social cues are absent people tend to spend more time focused on the content, context, and tone of voice.

As a generations keynote speaker and trainer, I help companies lead, work, and communicate across generations. If you'd like help solving tough generational challenges inside your organization, click here.