Generation Z vs Millennials: The 8 Differences You Need to Know 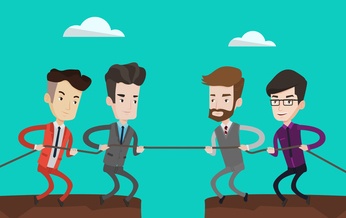 The next generation hungry to enter the workplace is Generation Z. According to the U.S. Census Bureau, Generation Z (the post-Millennial generation) makes up 25 percent of the population. (Read this to learn more about Generation Z.)

Companies with a firm understanding of the expectations and preferences of the emerging generations will be well-equipped to attract the next generation of talent, maximize their potential, alleviate the inevitable cross-generational challenges, and capitalize on cognitive diversity through a generationally diverse workforce.

Generation Z vs Millennials: The 8 Differences You Need to Know

Millennials became optimistic thanks to their encouraging Baby Boomer parents and growing up in a time of prosperity and opportunity. Generation Z will be realistic thanks to their skeptical and straight-shooting Generation X parents and growing up in a recession. According to Pew Charitable Trusts, during the Great Recession, the median net worth of Generation Z's parents fell by nearly 45 percent.

Seventy-one percent of Generation Z said they believe the phrase "if you want it done right, then do it yourself."

When given the option to arrange a group of desks, Millennials would opt for a collaborative arrangement and assemble the desks into a circle. Generation Z will be more competitive with their colleagues and will harness a do-it-yourself mentality at work. In fact, 69 percent of Generation Z would rather have their own workspace than share it with someone else.

Forty percent of Generation Z said that working Wi-Fi was more important to them than working bathrooms.

According to Pew Research, only 14 percent of U.S. adults had access to the Internet in 1995 but by 2014 87 percent had access. Millennials were pioneers in the digital age. They witnessed the introduction and rise of social media, instant messaging, smartphones, search engines, and the mobile revolution. Generation Z did not witness these innovations, but rather, they were born into it. Ubiquitous connectivity, highly curated global information, on-demand video, and 24/7 news cycles are native to Generation Z.

Seventy percent of Generation Z would rather share personal information with their pet than with their boss.

As digital pioneers, Millennials explored (and in some cases exploited) social media and made public their thoughts, opinions, and every noteworthy or menial life update. With safety and security top of mind, Generation Z will be much more calculated and/or selective with the information they share online. For example, Generation Z gravitated to Snapchat because of the time bound content that won't live online forever like a Tweet or Facebook post would.

Millennials pioneered many of the digital communication tools (texting, instant messaging, Slack, etc.) that have made the workplace more efficient and effective but some would argue less personable. Equipped with their experience communicating using full sight, sound, and motion over Skype, FaceTime, Snapchat, etc., Generation Z is positioned as the ideal generation to finally strike the right balance between online and offline workplace communications.

Seventy-five percent of Generation Z say there are other ways of getting a good education than going to college, according to Sparks & Honey.

Millennials are questioning if their large student debt was worth it, especially considering that 44 percent of recent college grads are employed in jobs not requiring degrees and one in eight recent college grads are unemployed. Generation Z will explore education alternatives. They will pursue on-demand or just-in-time learning solutions, like how-to YouTube tutorials, or will seek employers that offer robust on-the-job and development training.

Seventy-five percent of Generation Z would be interested in a situation in which they could have multiple roles within one place of employment.

Growing up in fast times and coming of age in an on-demand culture, Millennials have little patience for stagnation, especially when it comes to their careers. (Read this to learn how to cure Millennials of their career impatience.) Generation Z won't want to miss out on any valuable experience and will want to flex their on-demand learning muscle by trying out various roles or projects (marketing, accounting, human resources, etc.) inside of the organization.

Fifty-eight percent of adults worldwide ages 35+ agree that "kids today have more in common with their global peers than they do with adults in their own country."

Millennials were considered the first global generation because they shared similar characteristics and values across borders and they were able to view significant global events in real-time. However, Generation Z interacts with their global peers with greater fluidity than any other generation. As more of the world comes online, geographies will continue to shrink causing Generation Z to view themselves as global citizens.