Here is how one of the greatest living coaches leads and communicates effectively with Generation Z. 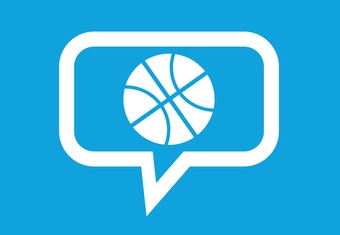 He is the winningest Division I basketball coach of all-time with over 1,020 game wins as a head coach. He's won five national championships, second only to the great UCLA coach John Wooden. He has won two Olympic gold medals and two other international tournament golds as head coach of USA Basketball. Perhaps most impressive, however, are this coach's relevant perspective on leading Generation Z in today's turbulent times.

The individual that many consider to be the world's greatest living coach is the head coach of Duke University's men's basketball, Mike Krzyzewski or better known as Coach K.

In a recent interview with SUCCESS Magazine, Coach K shared a powerful view on leadership, "The most incredibly interesting thing about a leader is what adjustments you make and how you make them while keeping your core principles alive and well."

This is the relevant tension every leader has to manage today. How do you adjust to the changing expectations, changing technology, changing communications, and the looming flood of Generation Z into the workforce while not compromising your core principles as a leader?

"A lot of things are easier to do if you are a willing learner," explains Coach K. "You have to be willing to learn what's best and then adjust because every year is different, every team is different. If you believe what you've done in the past is the only way to do it with a new group, time will prove you wrong. So you should want to be in a constant state of making adjustments."

Today's leaders must be agile, making relevant adjustments while not relying on legacy thinking. Legacy thinking is viewing the present and future through thoughts or a lens from the past.

Coach K understands better than most the balance between the pain of change and the power of adjustment. As a college coach, he has a guaranteed 100 percent turnover rate every four years. And in today's fast times it's often shorter as players leave school early to play professionally. Days after winning the 2015 title, Coach K lost three freshmen players to the NBA draft.

Coach K offers the following advice on adapting as a leader, "Get to know those you're leading and learn to communicate in a way they can understand."

"It is up to you as the communicator to know who you are addressing." says Coach K. "It is not like some special science. It's wanting to learn more about people and really knowing the people you are leading at that point. And not making those people fit into something that you did in the past."

Too often leaders expect Millennials or Generation Z to get to know them as a leader but as Coach K states, it's the responsibility of the leader to first invest into those that they lead. Leaders cannot control the actions of their team, however, they can influence their actions by setting the right example.

Coach K has also adjusted his leadership when it comes to recruiting new talent.

Early in Coach K's career, he was determined to recruit players who intended to stay four years at Duke. He explained, "When players started coming into college for one year and then leaving, my first reaction was to not recruit those guys. Then we had to play against them because our competitors recruited them. So we decided to adjust but to do so in pursuit of players who fit here not just because they were good players, but because they could fit our culture."

Are you still trying to hire lifers? Do you still view job-hopping as a negative? Or will you take a page from Coach K's playbook and make the necessary adjustments to hire and lead in today's competitive work environment?

When asked what the key to success is, Coach K said, "To coach and lead others is a great opportunity, but to be successful over the long haul, you have to adapt and adjust."