Over the past decade, Millennials have been flocking to cities nationwide. But has the time come for Millennials to settle down and buy a home? Is the Millennial mass migration to the suburbs about to begin? 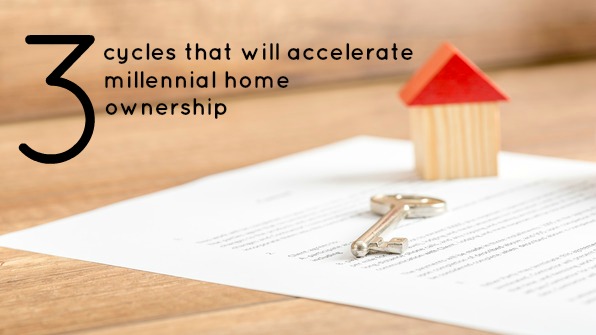 According to one housing expert in a new University of Southern California study that was recently published in Housing Policy Debate, Millennials have begun moving out of downtowns and into homes as the market loosens and the economy improves. The researcher has identified three cycles that will accelerate Millennial home ownership.

Dowell Myers, the study’s author and a professor of urban planning and demography at USC Price School of Public Policy, said, “After more than a decade of growing concentration, we see that the Millennial trend of increased downtown living has peaked out and is now beginning a decline. This is a dramatic human interest story with great implications for cities and real estate investments.”

The Millennial migration out of cities is a familiar lifecycle that other generations have gone through. “Millennials are beginning their long-expected move up and out of their entry positions in housing and in jobs,” Myers said.

Related Read: 10 Aspects And Amenities Millennials Want In A Home

For the study, Myers examined population census data, the American Community Survey, the Current Population Survey, building permit data from the U.S. Census Bureau, and employment data from the Bureau of Labor Statistics, as well as surveys by the National Association of Realtors.

Myers believes there were three cycles that drove Millennials into downtowns in the 2000s. Now, all three cycles have reversed their effects and will accelerate Millennial home ownership.

Cities have been flooded by the rising inflow of young people. The “peak” Millennials born in 1990 turned 25 last year. Smaller cohorts of Millennials will arrive at 25 from now on. “The tide has ebbed and fewer replacements will follow those who are moving on,” Myers said.

Stunted job growth during the Great Recession blocked the Millennials’ entry into the job market and from progressing through a normal life cycle of climbing the job ladder and moving into better housing. This is believed to have promoted them into the "share economy” — living with roommates, using Uber, etc. The unemployment rate for people aged 25 to 34 eased from 10.4% in 2009 to 5.2% last year. Today, the job market has loosened and Myers believes Millennials’ “economic progress should really start to accelerate."

New home construction was thwarted due to the housing market collapse and the Great Recession forcing homeowners into renting. Thus creating high competition for rentals. Millennials now have opportunities to move up as new apartment construction and home sales are on the rise again. “The Millennials may have seemed frozen in time, but they are not living in a two-bedroom apartment forever,” Myers said.

“The big picture is now clear,” Myers said. “In sharp contrast to the late 2000s, post-2015, all three cycles that once conspired to flood cities with Millennials and hold them there will have reversed their effects."