3 WAYS TO STRENGTHEN YOUR BENCH OF NEXT GENERATION LEADERS

The value of a life is always measured by how much of it is given away. At the end of one’s life, we celebrate the selflessness not the title, status, or accumulation. Selflessness is what makes our lives truly bigger than ourselves. If your leadership is all about you, it ends when you come to an end but if your leadership isn’t all about you, it will live beyond you. 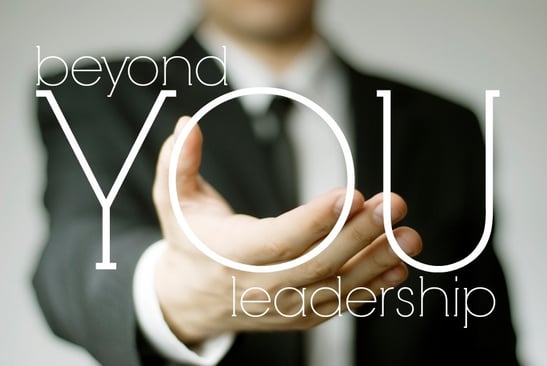 It’s common for seasoned leaders to look back and fear the emerging generation of leaders who might be more talented, better educated, doing things differently, and further along than when they were there age. There is a threatening sense when they bump into you and begin asking all the questions you should be asking.

Beyond you leaders are not threatened by emerging leaders but rather they view them as a selfless opportunity to leverage their influence to better the organization and the leaders around them. After all, the mark of a great leader is how many leaders rise in their wake.

Investing doesn’t happen naturally because we are all busy, fearful, and/or prideful. We must be intentional. Andy provides 3 practical ways you can become a beyond you leader and strengthen your bench of next generation leaders.

1) Make as few decision as possible.
Empower next generation leaders by saying “you decide.” Exercise as little authority as possible. As leaders move up in an organization they become responsible for more things they don’t know anything about. This is a primary reason leaders should make as little decisions as possible. Besides, leaders who can’t distinguish their incompetencies and delegate are going to be overly involved…and who has time for that?

Millennials will respond well to this suggestion because they are eager to contribute, share their ideas, and have an impact. Unleash them.

2) Work for your team.
Stop thinking how the next generation will serve you and start serving them. They need your influence. Ask, “How you can I help you?" Mean it and then follow through.

3) Empty your cup.
A leaders responsibility is to empty their cup. Pour out your knowledge and expertise. Often we don’t know how much we know until we are talking to someone who doesn’t know what we know. (Say that 10x fast.) Create opportunities where next generation leaders can benefit from what you know. We can’t control filling someone else’s cup but we can control emptying our own.

Word of Caution: Don’t wait (even if you are a young Millennial leader) to become a beyond you leader. If you don’t start now, you won’t start later. Later is where good intentions go to die. Later you will have developed a bad habit of thinking you got where you are based on hoarding your information vs helping. Hoarding plateaus influence. Sharing multiples influence.

In the words of John C. Maxwell, “True success comes only when every generation continues to develop the next generation.”

Provide the next generation with the example of a beyond you leader so they can emulate it for generations to come.

Question: How will you selflessly and intentionally develop next generation leaders?