What an extreme honor to interview Gary Vaynerchuk! An absolute inspiration to me and countless other hungry entrepreneurs and leaders. Enjoy as this true social media trailblazer gives his perspective on next generation success.
CLICK HERE TO HEAR THE EPIC INTERVIEW 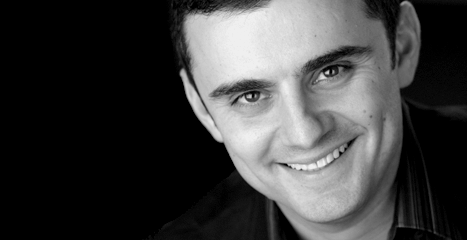 WHO IS GARY VAYNERCHUK?
Gary Vaynerchuk is a 2 time New York Times Best-Selling author who is a self-trained wine and social media expert. Recognizing the importance of e-commerce in 1997, Gary launched WineLibrary.com which revolutionized the wine world and helped grow his family business significantly from $3 million to $45 million by 2005.  He has close to 1 million followers on Twitter and was included in BusinessWeek's list of the top 20 people every entrepreneur should follow. Gary is the founder of VaynerMedia, a new breed of agency that helps Fortune 500 companies like Campbell Soup Company, PepsiCo, Green Mountain Coffee, the NY Jets, and the Brooklyn Nets find their social media voices and build their digital brands. Gary has appeared on Jimmy Fallon, Late Night with Conan O'Brien, Ellen, MSNBC, CNBC, CNN and NPR. Additionally, Gary was one of Askmen.com's 49 Most Influential Men of 2009. Gary's ultimate goal is to own the New York Jets. And although his various businesses obviously play an enormous role in his life, he always puts his family first.
BOOKS BY GARY (all worth a read!)
Crush It! Why Now Is the Time to Cash in on Your Passion (October 2009)
The Thank You Economy (March 2011)
Jab, Jab, Jab, Jab, Jab, Right Hook: How to Tell Your Story in a Noisy World (October 2013)

GET MORE GARY: @GaryVee or www.garyvaynerchuk.com

Question: What part of the interview resonated with you the most?